Hosting a Super Bowl party this weekend? We asked around our campuses about what they’d be cooking up for their Super Bowl Party. Here’s hoping this blog will help inspire you to win over your guests’ taste buds with these crowd-pleasing game day recipes.

Did you know that Super Bowl Sunday is considered to be the second biggest eating day of the year, trailing right behind Thanksgiving? According to the National Chicken Council, Americans ate about 1.25 billion wings during last year’s Super Bowl! It may seem like a long time from now, but for many of us, it is the “last feast hurrah” before beach season for those who are still keeping up with their New Year’s resolutions of getting fit and eating healthier.

The Super Bowl is a grand time for food. When we think Super Bowl, we think food. Americans indulge on snack staples that include wings, nachos, chips, dip, chili…the list goes on and on. Which is why we choose a few recipes that think a little outside the box from the traditional finger food snacks, with the secret ingredient? BACON! (There are no deflated pig skins in these recipes.) 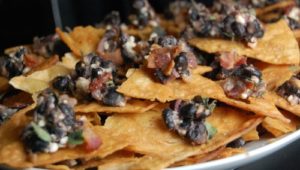 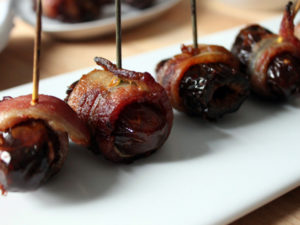 If that didn’t make you hungry, nothing will! Share your culinary creations with us for Super Bowl Sunday using the hashtag #DorseySchools on Instagram. If you are interested in taking your skills in the culinary arts to the next level, consider training at the Dorsey Culinary Academy, right here in either Roseville or Waterford-Pontiac, Michigan.

For more information about our graduation rates, the median debt of students who completed the programs, and other important information, please visit our website at https://www.dorsey.edu/disclosures.php.