Dorsey Culinary Academy, a local culinary school in Pontiac, MI, will play host to dozens of professional and student culinarians as they host the 2018 Annual Culinary Salon VII in conjunction with the Michigan Chefs de Cuisine and the American Culinary Federation February 9-10, 2018. 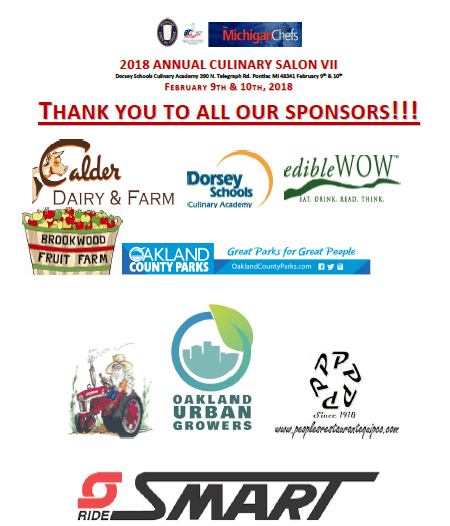 Dorsey Culinary Academy, a local culinary school in Pontiac, MI, will play host to dozens of professional and student culinarians.[/caption]

A collection of 80 impressive culinary competitors from across the state and beyond will be participating in the event in either the Professional or the Student categories.  The competition will include both hot and cold food categories and dishes are judged on a scale (not against other dishes).  Gold, Silver, and Bronze medals are awarded in the various categories for dishes that earn an established number of points.  The competition will also feature several local farms including Calder Dairy, and Hickory Hills Farms.  A panel of impressive culinary judges are scheduled for this event, including:

Dorsey Schools would like to extend special thanks to those serving as sponsors for this event:

Check out the video here:

Be sure to stay tuned to Dorsey Schools Facebook page (www.facebook.com/DorseySchools/) for updates on the event.  We’ll be using the hashtag #DorseyACF2018.